William Byrd and the Petre Family of Ingatestone Hall 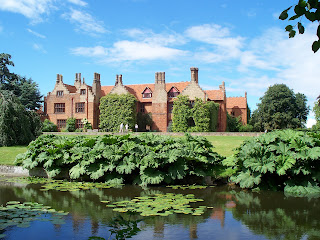 William Byrd, Elizabethan composer, and Gentleman of the Chapel Royal in London, moved to Stondon Massey in 1593 where he stayed for the reminder of his life. It is thought that William Byrd moved to Stondon in order to be near the Petre family of Ingatestone Hall, his Patron.

William Petre, who had overseen the dissolution of Waltham Abbey and other monasteries, purchased Ingatestone Hall in 1540. The family, who were also Catholics, held William Byrd in great esteem and we know that, from 1586 at least, the composer was a frequent visitor to Thorndon Hall (near Brentwood), the Petre’s principal seat, and Ingatestone Hall. Byrd’s association with the Petre family stretched back at least to October 1581 when he wrote a personal letter to William Petre regarding a Mrs Dorothy Tempest whose husband had been attained for taking part in the Northern Catholic Rebellion of 1570.

On 26th December 1589, John Petre sent his servant to London to escort Byrd to Ingatestone Hall, where he stayed through the Christmas season of 1589/90 until 8th January. Lord Petre possessed a virginal, lute and viol; musical instruments commonly used during Elizabethan times, and just before Christmas that year had bought an expensive instrument from a Mr Bough (costing £50) which could have been an organ or finely decorated virginal. We know that on Byrd’s departure the steward paid £3 to five musicians from London for playing at concerts during Christmas-time.

Byrd certainly wrote much music while living at Stondon Massey. He composed masses, services, madrigals, songs and pieces for the organ, the virginal and the orchestra. His greatest works are perhaps the three Masses, for three, four and five voices, written in Latin for illegal performance in the Petre household. The Council of Trent in 1563 had practically outlawed the Latin rite in the Church. The title page of the printed version is blank and the work was not published when composed in the 1590s.

At a time when Catholicism was virtually illegal, William Byrd was, to some extent, protected by the influential Petre family. His ability to compose had won the respect of this family as well as Queen Elizabeth I (and later James I). This proves that it is not only what you know but who you know.

Andrew Smith
First published in ‘Church Matters’, July 2009
Update: The present Lord Petre is coming to the 4pm performance of 'William Byrd: His Essex Years' on 7 May.
Posted by Andrew Smith at 00:01